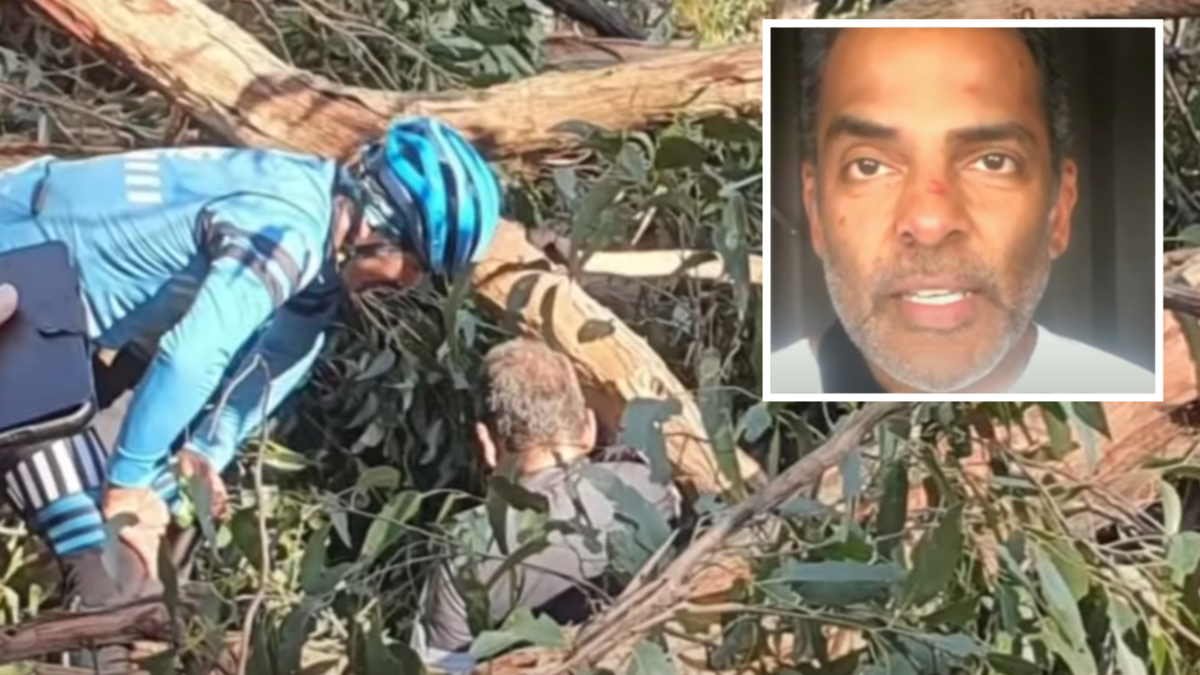 A father-of-three has spoken of his terrifying ordeal after he was hit by two huge gum trees that fell on him while cycling in Victoria.

Jason Rozario was riding with a group of cyclists on the Mountain Highway between Montrose and Sassafras in the Dandenong Ranges on Sunday morning when the trees toppled over.

WATCH VIDEO ABOVE: A man was seriously injured after huge trees fell on him during the journey.

“I heard a little creak, or maybe a creak, then I heard someone behind me yell, ‘Tree,'” Rozario told 7NEWS in exclusive comments.

The 58-year-old was riding at the front of the peloton and the cyclists behind him had just enough time to brake.

Cyclist Robert Baker said he could hear Rozario screaming under the tree and climbed through the branches to find him.

Rozario’s cycling friends, the Country Fire Authority and the SES worked with chainsaws to free him.

He is still hospitalized with a fractured shoulder blade, four fractured ribs and a punctured lung.

But despite the serious injuries, emergency services say it’s a miracle it wasn’t worse.

“He must be the luckiest and unluckiest man on the planet,” said CFA’s Ben Draffin.

The stretch of motorway where Rozario used to ride is a major highlight for cyclists and this Sunday dozens of riders will head there for a round of the Victorian Time Trial series.

There are safety issues regarding the trees in the area as a result of the winter weather.

“I’m going to overcome the injuries and go through rehab and I’ll be 100 per cent again, but thinking about how I might not have survived…that’s what scares me.”

Rozario promised he would get back on his bike once recovered.

Merson says Arteta could have pulled off a masterstroke at Arsenal