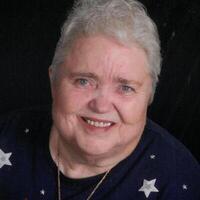 Bonnie Mae Van Schaick was a retired RN whose nursing career spanned 60 years. She was born to her mother Vera Evelyn (Gregory) and her father James Walter, a family of railway workers, on October 2, 1930 in Vayland, South Dakota. His father was a telegraph / agent for the C&NW Railroad. After graduating from high school in 1948 in Tracy, Minnesota, she entered the Kahler Hospitals School of Nursing in Rochester, Minnesota, home of the Mayo Clinic. After completing her studies and passing exams in 1951 to obtain her RN license, she began her career as a surgical scrub nurse for 2 years at the Colonial Hospital where she worked alongside surgeons from the Mayo Clinic. . Bonnie then worked as a nurse at the Bureau of Indian Affairs Hospital in Red Lake, Minnesota for 9 years before moving to Seattle Veterans Hospital as a nurse. She was an evening nurse in charge for a year at the Caroline Kline Galland nursing home in Seattle, Washington.

After returning to Minnesota, Bonnie served in several hospitals where she was the head nurse, head nurse or director of nursing. She retired from full-time nursing after 9 years as a head nurse at the Indian Public Health Hospital in Red Lake in the United States. She has given birth to over 400 babies and helped many more; out of necessity, she learned to do the lab, x-rays, bone placement, castings, sutures and even tooth extraction. Her son Jim was starting high school in Thief River Falls, and Bonnie was working part-time at several health facilities in Minnesota, North Dakota and California. She continued to provide volunteer nursing at her church in California and testing clinics until she returned to Minnesota in 2005.

She was a volunteer nurse for several years at the Boy Scouts of America Camp Wilderness as well as many other District Scout outings. Her son Jim started Scouting as a Cub, continued in Boy Scouts and achieved the Eagle Scout rank at age 15. The award was presented by Lord Baden Powell, grandson of the founder of Scouting of the same name, at the World Boy Scout Jamboree near Calgary, Alberta, Canada. Bonnie was an active parent supporting Jim in Scouting as District Commissioner and Deputy Council and won the Boy Scouts most prestigious award for volunteers, the Silver Beaver Award.

Bonnie has traveled to many countries around the world both for nursing issues and also to â€œjust see the worldâ€ as a tourist. One of her favorite trips was to Australia, where she made many friendships and returned several times. Swimming with friends in the Great Barrier Reef was an exciting experience. In South Australia on Phillip Island, she saw the parade of “Little Penguins” (formerly known as “Fairy Penguins”) which can only be found on this one beach in the world. It was the fulfillment of a childhood dream: to see females return with fish from the Southern Ocean to feed their families. When she was very young, Bonnie’s grandmother showed her pictures of these penguins in National Geographic magazine, which inspired her to learn, seek knowledge and be bold as she wanted to experience life. There were other trips Bonnie wanted to take, including to Antarctica and to a small town in Holland, Westbroek, where her ancestors lived before embarking for North America in 1638.

â€œWhile living and working part-time in California, I was a member of Crystal Cathedral Community Church in Garden Grove, home to Power Hour on TV. There I volunteered and I enjoyed every minute of being an actor in the glory of Easter and the glory of Christmas. It was at the Cathedral that I was made aware of a planned missionary trip to plant vegetable gardens in Swaziland, South Africa “Is. She took a trip to Swaziland in 2005 where she saw the needs of orphaned and vulnerable children; she couldn’t look away. Over the next eleven years, she will make another 21 trips to Swaziland. Her commitment has continued.” was magnified as she imagined her three grandchildren, Charlie, Ben and Holly, and hoped someone would help them if they needed help while their parents, Jim and Kelly were away. by God to “do something” for orphaned children, she decided to use the skills she had learned throughout her life, to help as much as she could and to improve the lives of children in Swaziland. So a project to provide clean water, vegetable gardens, and later a primary school, became a non-profit, Action Four Africa Swaziland.

In addition to her nursing career, she loved her family, who affectionately called her “Grandma Van”. She also enjoyed hunting, fishing, woodworking, traveling, hiking in the US and around the world, meeting interesting people at work and play, and of course, WATCHING MINNESOTA VIKINGS!

Bonnie is survived by her beloved son, Jim (Kelly) Van Schaick of Thief River Falls, MN; grandchildren, Charles, Benjamin and Holly; niece, Kippy Parroni of Wisconsin; and many other relatives and friends. She is predeceased by her parents; Sister Ruth (Gary) Larson; and nephew, Kirk Larson.

Bonnie passed away peacefully on Wednesday, December 1, 2021 at Oakland Park Community in Thief River Falls with her loving family by her side at the age of 91 years, 1 month and 29 days. May his memory be blessed. Her family is grateful for the wonderful care provided by the staff at Oakland Park Communities during Bonnie’s 15-day stay.

The Celebration of Bonnie’s Life will take place at 6:00 p.m. on Friday, December 10, 2021 at Epiphany Station in Thief River Falls, MN.

Health Canada authorizes the use of a 3D printed mandibular implant “