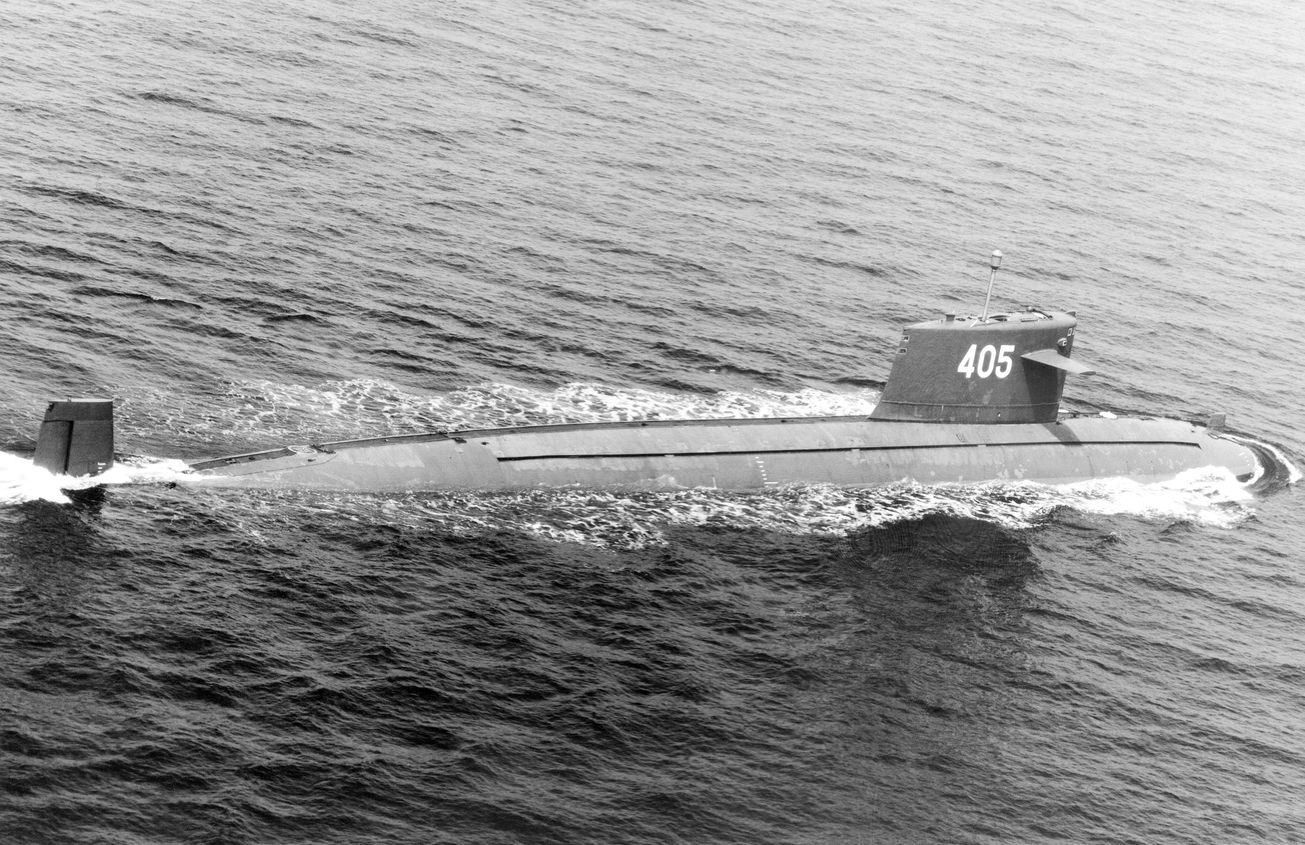 Here’s what you need to remember: Submarines are meant to be stealthy. Beijing, it seems, did not receive the memo.

In 1974, the People’s Liberation Army (PLAN) navy accepted delivery of the country’s first nuclear submarine. Long a cherished goal of Chairman Mao himself, the design was initially a disappointment. Despite their far from ideal performance, the Han Type 091 class submarines will be remembered as the first nuclear attack submarines made in Asia.

According to historian Benjamin Lai, author of The teeth of the dragon, China first expressed interest in developing nuclear missile submarines as early as 1958. The project was subsequently stalled for several years, a period coinciding with the Great Leap Forward, but was relaunched in 1965. Beijing finally took a more pragmatic approach, building a submarine attack first and only then a missile launcher. The reasoning was that to produce an attack submarine, China would only need mastery of reactor technology to be successful, while a nuclear ballistic missile submarine required mastery of the reactor, a missile and submarine launch system.

In many ways, this “walk before you run” strategy paralleled the American effort to build an SSBN, as the Americans first built the Skipjack-class nuclear attack submarines and then modified them. to make it the George Washington class missile carrier. China’s defense industry got to work, with designer Peng Shilu leading the effort. (Eventually, his role would be taken over by Huang Xuhua, who went on to work on the Type 092 ballistic missile submarine project.)

Unlike the Americans, who built world-class submarines and were the first to use nuclear submarine propulsion, the Chinese were at a serious technological disadvantage. This was evident in what would come to be known as the Type 091-class submarine. The submarines were produced at Bohai shipyards in Huludao. The keel of the first submarine, pennant number 401, was laid in 1968 and completed in 1974. Four more submarines followed, the last being completed in 1991.

The slow production rate portends serious engineering problems. The first submarine took seven years to complete. The second lasted three years, while the last three took only one year each. According to the authority The combat fleets of the world, submarines were known at the beginning of the PLAN as “toothless sharks”. Overall, it took twenty-one years to complete just five submarines.

The Type 091 class weighs 5,500 tonnes submerged. It is about 321 feet long and thirty-two feet wide. The boats feature a large sail reminiscent of Soviet submarines of the Type 636 Kilo class. The teardrop-shaped hull was an early effort to catch up with the United States in submarine hull technology. In 2015, the deceased I want the China Times reported that Huang Xuhua claimed to have developed the Type 091 hull from two toy submarines imported from the United States and Hong Kong. While this is a great story, it seems unlikely that Huang could have guessed enough detail in a toy to bypass years of hydrodynamic research.

Type 091 submarines are fitted with six standard diameter 533 millimeter torpedo tubes. They use the French Thomson-Sintra DUUX-5 passive sonars, equipment purchased before the arms embargo after Tiananmen Square. The system can track up to three targets simultaneously. The Type 091 can also lay sea mines.

One of the biggest, if not the greatest metric of a submarine is its ability to operate silently and evade detection. Type 091 Has been described as a “relatively noisy submarine based on technology from the 1950s and 1960s”. Li Jie, a Beijing-based military expert, claimed the Type 091s were “about 20 years behind US ships” and still posed a threat to US carriers. Li also claimed that during the Taiwan Strait Crisis of 1996, two Type 091 submarines followed the aircraft carriers USS Independence and USS Abraham Lincoln, “pushing American carriers back 200 miles.”

The five Type 091 submarines were all originally based with the PLAN’s North Sea Fleet. The decision to found them all together was likely for logistical reasons, as it would be easier to maintain five nuclear reactors in one facility. It’s also worth pointing out that the basic decision was taken at a time when China viewed the Soviet Union as a much more serious threat than the United States.

Today, Type 091 submarines are being phased out. The first sub, 401, was decommissioned in 2000 and the second in 2004. In 2014, one of them paid a stopover in Colombo, Sri Lanka. The following year, a Type 091 accompanied the rotation of China ships assigned to anti-piracy missions off the Horn of Africa. The journey from northern China off the coast of Somalia is nearly eight thousand miles long and may be the longest ever made by a Chinese nuclear submarine. This suggests that, more than four decades after the ships were first built, the design issues have finally been resolved and the Type 091 class is now perfectly reliable.

In October of last year, China daily reported the first of the Type 091 has been towed to the Chinese Navy Museum in Qingdao, where it will become a permanent exhibit. The reactor and all nuclear materials have been removed for display.

Meanwhile, the PLAN is moving forward with new submarines. Three 093B type submarines were launched in 2015 only, and a Type 095 is considered imminent. Although the Type 091 will be remembered as a crass effort, it was ultimately a success and an important first step in China’s self-sufficiency in nuclear submarines.

Kyle Mizokami is a San Francisco-based defense and national security writer who appeared in the Diplomat, Foreign policy, War is boring and the Beast of the day. In 2009, he co-founded the defense and security blog Japan Security Watch. You can follow him on Twitter: @KyleMizokami.

This play was published for the first time and is in the process of being reprinted due to the interest of readers.

New Bedford Psychiatrist’s Advice For Those Feeling The Blues