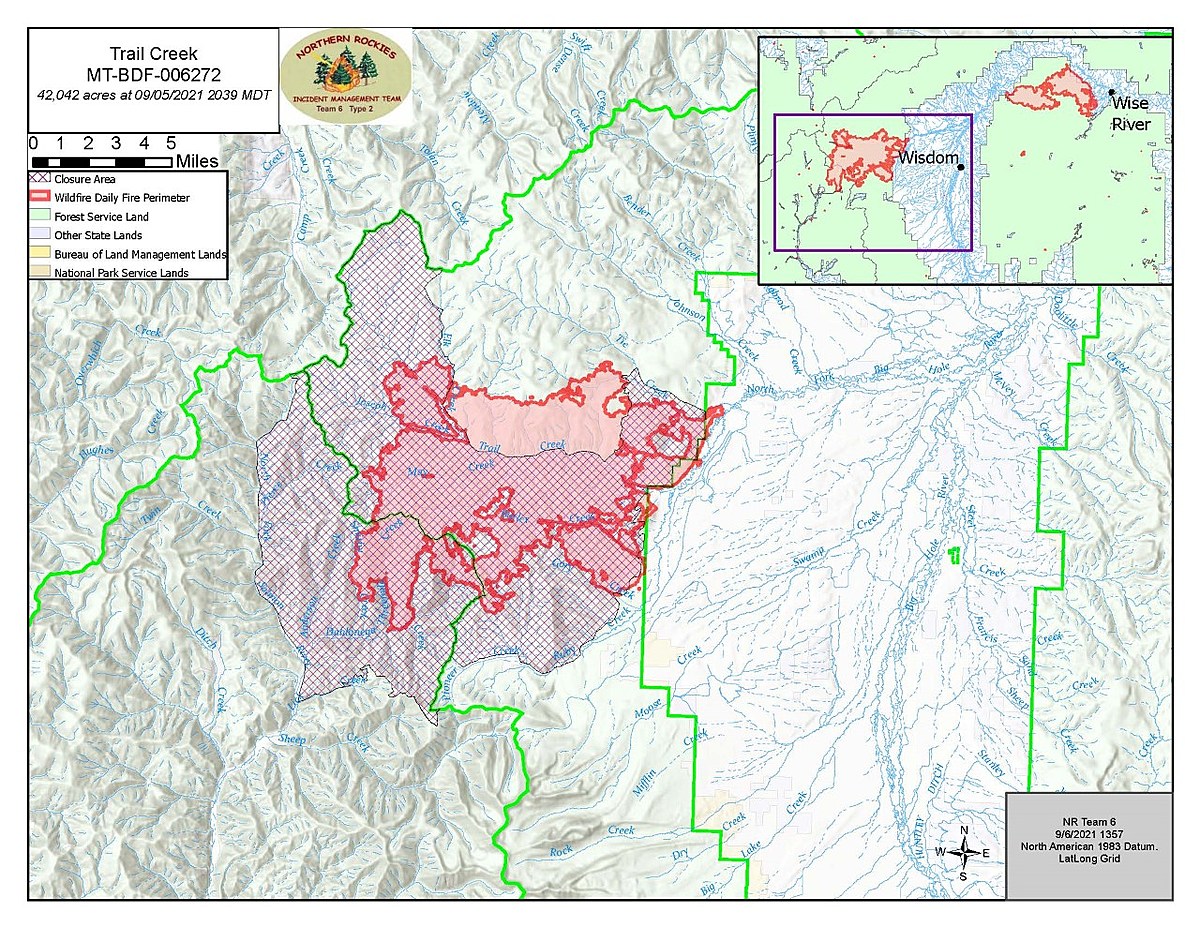 Continued warm temperatures and gusty winds are causing some growth in wildfires south of the Bitterroot Valley in the Beaverhead-Deerlodge National Forest. The largest fire along Route 43 is the Trail Creek Fire, which is currently mapped to 44,254 acres. The lightning blaze moved to the Gibbonsville, Idaho area on Sundays and Mondays September 5 and 6. The Northern Rockies Incident Management Team has requested additional resources to deal with the blaze.

The Trail Creek fire moves along a ridge line between Three Mile and Smithy Creeks (see map above). A self-timer line was created along this ridge by airplanes. Also at the fire scene, there was an increase in Salix Creek and an area south of Highway 43. This road and the Pioneer Scenic Highway remain open, but watch out for fire traffic. Big Hole National Battlefield and May Creek Campground remain closed.

Also along Highway 43 in the Beaverhead-Deerlodge Forest, the Alder Creek and Christensen fires merged over the weekend. It is now called the Alder Creek Fire and other firefighters have also been called in there. The 28,360-acre blaze near the Wise River is expected to continue to burn more actively through the week, with weather forecast for warm temperatures and high winds.

Smoke in western Montana typically comes from California and southern Oregon. However, the Nez-Perce Clearwater National Forest has seen new activity on its 26 backcountry fires, including the Storm Creek fire, one mile west of the Montana-Idaho border. Recent smoke was coming from the Beaver Creek drainage over the weekend. The Storm Creek fire was last estimated at 15,123 acres. The Dixie-Jumbo fires, 15 miles south of Elk City, Idaho, still cover about 46,000 acres and there was a slight increase over the weekend. The fire season is certainly not over.