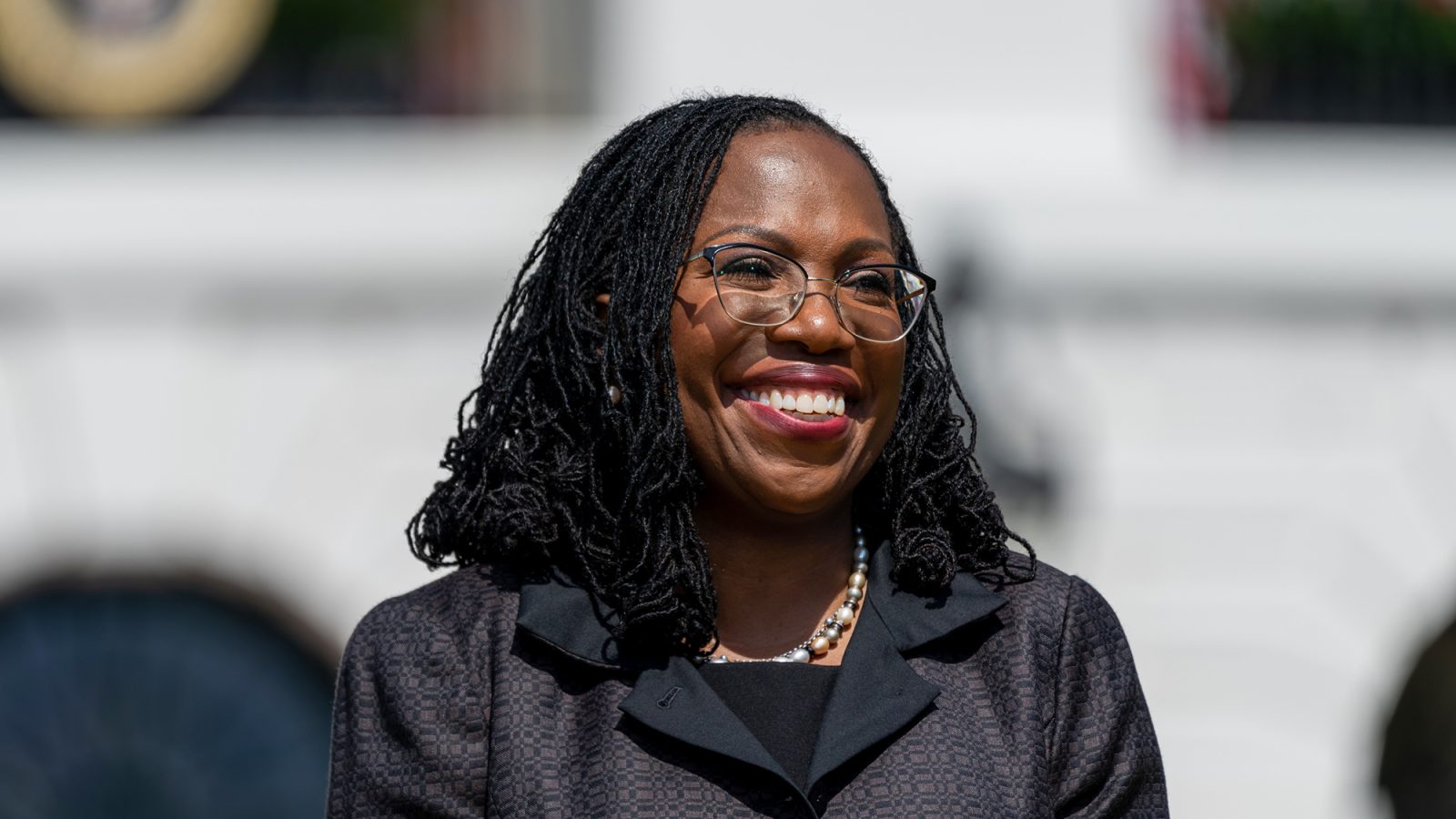 Congratulations on yesterday’s historic swearing-in! We want to warmly welcome you as a new SCOTUS colleague and tell you how much we look forward to discussing the direction of our nation with you.

Of course, we don’t expect much “debate” to take place, as we firmly control the agenda and the decision-making process and, as you may have noticed, we have a plan.

We expect you to practice and perfect the art of dissenting and be well prepared to write an endless series of them until the day you retire in abject frustration.

Good, majority opinions can become a drag after a while, especially when they’re so completely predictable that wags can parse them out in advance – even ones that haven’t been leaked. We truly envy you the creative freedom of dissent and expect you to continue the beautiful new tradition of whining and wailing before a Court that has “lost its way” and “strayed from principle and reason.” . Bend over and have fun – that’s what you’re here for, Ketanji. Can we call you Ketanji?

Also, if you are having doubts about life as a judicial eunuch, we hope you will consider the bright side.

As a circuit court judge of your persuasion, what should you have expected, really? With the decisions we have just put on the books and the opinions coming in, even the smartest of our subordinates will find it hard to do more than reluctantly apply our wisdom to anything that may be presented to them, and remind those one floor go down to queue and do the same (stare decision, you know!). And what fun would that be? 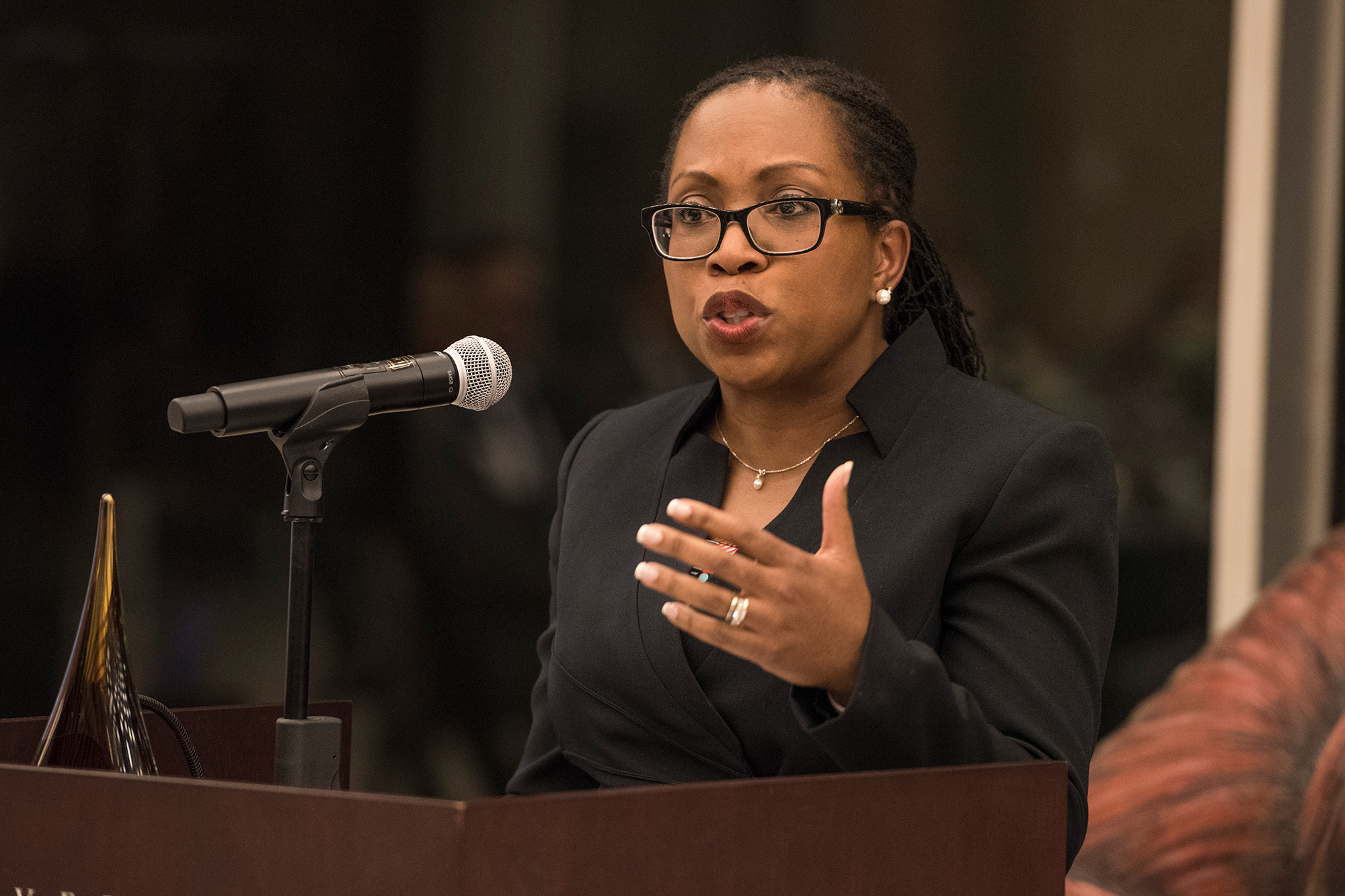 Ketanji Brown Jackson, judge of the United States District Court for the District of Columbia, is honored at the Justice James B. Parsons Legacy Dinner, Feb. 24, 2020, at the University of Chicago Law School. Photo credit: Lloyd DeGrane aka Wikicago / Wikimedia

So think about how close You came. You might have been on the court that killed deer! It bound the EPA and warmed the world another degree. This chatted lovingly about ‘tradition’ – then struck down a New York gun law that had been on the books for a while. century. That completed a 30-yard pass in our practice for a Theocracy touchdown. It dealt a blow to nearly every constitutional guarantee except the all-powerful, absolute Second Amendment.

You missed it all, courtesy of the long-suffering Judge Breyer, and came to us rebellious, fresh-faced and ready to tackle the cases at hand.

By way of welcome, and to help get you started on this Mississippi of dissension that will soon come out of your pen, we thought we might give you a quick update on what this case will be – our plan for the October quarter. We wouldn’t want to hide the ball. We know it’s been a crazy week for you — so have we! – and certainly understand. So, just to let you know, in case your attention falters, we’ll leave the best for last.

In fact, for most, we expect our next term to be some kind of anti-climax, a chance to catch our breath after our forced march through the burning ruins of public opinion and established law. I mean, really, how can we do better Dobbs for pure chutzpah? But we have unfinished business to attend to.

We are done, for the moment, with the air, but we have set our sights on the water. Our opinion is that it’s just too fucking to clean and it is high time we did something. So get ready to praise the Clean Water Act in what we’re sure will be masterfully helpless dissent.

But there is very good news: you will be spared such rigors when it comes to our next little bombshell, having cautiously promised your recusal when the Harvard the matter was raised during your hearings.

Congratulations, by the way, on your excellent work on the Supervisory Board of this legendary, but recently mistaken institution. And how did you know when Harvard called that we’d be after their to kick all the teeth left out by affirmative action? Imagine, of all the gin joints in all the cities!

And look at it this way, Ketanji – can we still call you Ketanji? — we’re not taking anything away from you! You I’ve come the whole way, all the way herefrom when we were still just an embryonic gleam in Leonard Leo’s eye.

But these are just questions of policy, reversible in theory – however, let’s be real here, not while we are in power. And, for our main dishwe figured out how to make sure it’s, well, forever. 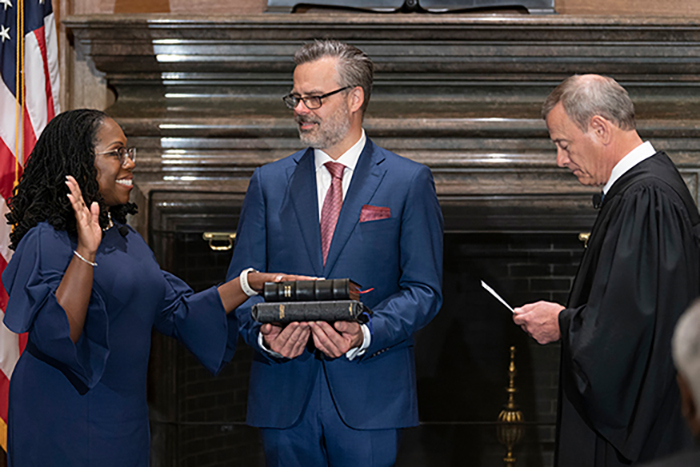 You see, and you will certainly agree with us that this is a great advantage: However, we managed to obtain here we are all here for life. And when we leave — which for at least some of us will be centuries away — there will be a president and a Congressman to fill the seat. And we just figured out how to make sure the president and Congress will be – wait, Ketanji – Republicans!

The case is Moore v. Harper and it’s a real humdinger! It’s about a redistricting in North Carolina and who’s drawing the maps. It’s a bit complicated – hey, that’s why we make a lot of money, right? — but we know where we’re going, don’t we? Even if we have to act with an open and undecided mind until we drop the old 5-4 (or 6-3) boom. Shyness becomes long black dresses for us.

So, so as not to hold you breathless, when the dust settles Moorewe will have breathed life into the doctrine of the Independent State Legislature, you will have voiced your disagreement with vigor and passion, and Karl Rove’s “permanent Republican majority” will be established, well, permanently. It’s all in the cards – what we’re all here for. That is to say what were here for – although we are sure you have some reason to be here too! The beauty of it is that it’s right there in the Constitution – hidden in plain sight for centuries, though given the big eye by each court in our history. Well, our love of tradition doesn’t go that far!

Our Constitution says (Article I, Section 4): “The times, places, and manner of holding elections for Senators and Representatives shall be prescribed in each State by the Legislature thereof…” and we are here for you say that, dad, it means what it says!

Never mind that last year it was a far-right fringe theory, a nonsensical constitutional DNA sequence that was going nowhere fast. Never mind that previous courts, including this one, have always recognized a role, when it comes to federal elections, for state courts interpreting state constitutions, and even governors and state secretaries. ‘State – hey, it takes a village, as you might say, to run an election.

So, for example, if a state legislature, immutably gerrymander body that it is, conducted an election in violation of the state constitution, the state’s highest court could right that error and temper such zeal hyper-partisan. Just like the one in North Carolina.

Well no more! The Constitution of the United States is the “supreme law of the land” and we are its sole owners (remember marburyright?), so that state constitutions, courts and governors can just go in the sand.

Now, this all might sound rather tedious and theoretical – I mean, does anyone out there really care on a few maps or who can configure the voter registration website or drop box locations? Really, we do!

And here’s why. We – I mean “them”, Republicans – control both state legislatures in 30 states, including pretty much all those pesky purple “swing” states. And those majorities — thanks to the effective green light of gerrymandering by our recent rulings — are so locked in that even states that elect Democratic governors and vote more for Democratic candidates for the U.S. House will have Republican legislative control until what cows come home.

Sophisticated computer mapping programs can surgically carve up electoral districts to benefit one party or the other. Photo credit: WhoWhatWhy

We’ve seen what these legislatures do with that control when it comes to elections: everything from a slew of laws making it harder to vote, to clever redistricting, to proposals simply to take control and change the election results. whose results do not please them.

Yes, it took them a while to pull themselves together, but now they are interfering in just about every aspect of our presidential and legislative elections. Because, for some crazy reason, they’re starting to think they can — and we’re going to tell them next school year that, damn it, they’re right! It’s right there in the Constitution, plain as day.

We’re not results-oriented, of course – it’s all about the process! Just, frankly, e republican pluribus! Which of course includes we and all our successors. Alas, the American public will be terribly out of step with the Court until the last Trump (sorry).

Well, there it is. The bulk of the work has been done. Again, a warm welcome and congratulations. We look forward to seeing you in October and reading your well-reasoned dissents.

Pamplin Media Group – Survey: 93% of Pets Are “Family” of Oregonians