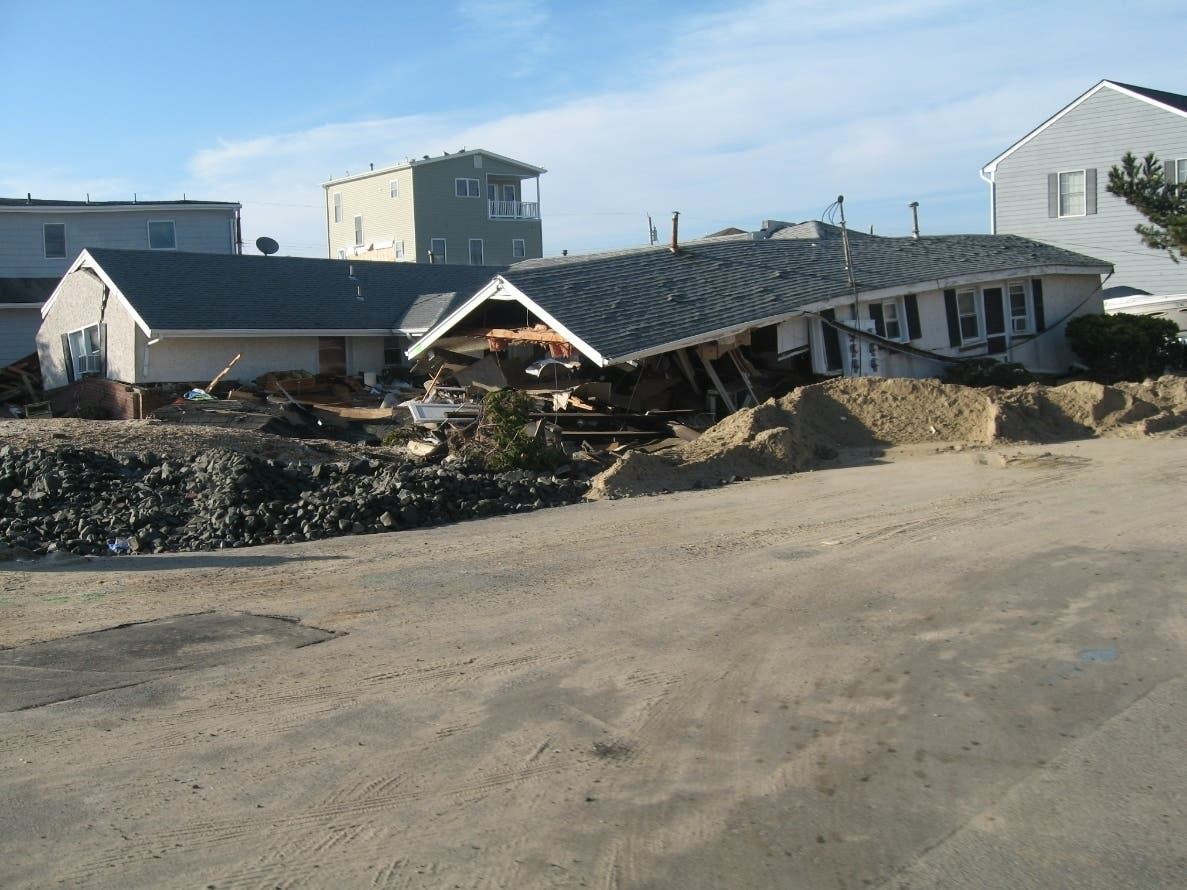 TOMS RIVER, NJ — The encores are here, sticking out like missing teeth in a hockey player’s mouth. Empty plots of land nestled next to gleaming modern three-story homes that rise high above the sand.

It’s been 10 years since Super Hurricane Sandy hit Ocean County and Ortley Beach. The Atlantic Ocean swept over the sand on October 29, 2012, flooding homes, washing away some of their foundations in the middle of the street, washing away others completely.

For those who lived through Sandy and its aftermath, photos and video of the devastation left in Fort Myers Beach, Florida when Hurricane Ian slammed a month ago on September 28 have been tearing scars .

It has also motivated Sandy survivors to help: donation drives are underway to help Ian’s victims, including a flashlight drive on Saturday night at a vigil in Ortley Beach to mark the 10th anniversary. from Sandy.

“Rather than candles, we’re asking attendees to purchase a flashlight” and bring it to the ceremony, said Sharon Quilter-Colluci of the Ortley Beach Voters and Taxpayers Association, which is hosting the remembrance ceremony at 5 p.m. at St. Elizabeth’s Chapel by the Sea at 7 3rd Street in Ortley Beach. The group will walk to the boardwalk for the service. “The flashlight will be taken back to the church and packed in donation boxes after the walk service is over.”

The rest of the donation effort is virtual, she said. The group looked at organizations that help Ian’s victims in Florida and accept cash donations. There will be an opportunity at the church for people to donate directly by computer after the walk ceremony, she said.

“We will not be collecting items to give away at this time because many people are just not ready yet and due to ongoing logistical issues,” she said.

Samaritan’s Purse has been extremely helpful to Sandy’s victims, she said.

The Sainte Elisabeth Chapel also hosts a concert from 2 p.m. to 4 p.m.

Toms River filmmaker Sandra Levine said her documentary about the initial recovery of Superstorm Sandy will air on Ocean TV 20 (Channel 20 on Comcast/Xfinity) at 5 p.m. Saturday and 7 p.m. Sunday. It will also air Saturday at 8 p.m. on her YouTube channel, Sandra Levine Productions.

After Sandy hit, it took a month before those with homes in Ortley Beach were allowed to see what, if any, remained.

Paul Jeffrey, a board member of the Ortley Beach Voters and Taxpayers Association, had just become a permanent resident of Ortley in March 2012. He and his wife, Paulette, sold their North Jersey home in September 2012, finalizing thus their residence. They were out of state on a month-long vacation to celebrate their retirement when Sandy arrived.

“The first time they let us in, we met in the old Foodtown,” Jeffrey said. “You got on a school bus with a suitcase on your lap…you had three hours to pull everything you could.” They wore hang tags around their necks to show they were there legitimately, not someone looting a house.

Jeffrey said they knew their house was still standing because he was able to spot it on video from Barrier Island.

“Two frames from the video showed the house,” he said. He was also able to find it in photos from a satellite flyby conducted by federal officials who mapped all of the damage caused by Sandy in New Jersey and New York.

Jeffrey had raised his house before Super Hurricane Sandy, which limited the damage. When electric and natural gas service was restored to the area in February 2013, he and his wife were among the first to return immediately.

Others weren’t so lucky. This school bus ride through the torn landscape took them to wastelands or piles of rubble. It happened to one of Jeffrey’s neighbors.

“He could never come back,” Jeffrey said.

For those who have returned, the return has been an uphill battle for many. Jeffrey has spent much of his time helping other Sandy survivors navigate the many challenges of dealing with their insurance companies, with FEMA, and with state and city governments.

It was a nightmare surrounded by endless torture. Residents who received both FEMA grants and loan assistance from the Small Business Administration were subject to demands for reimbursement, which federal officials called a duplication of benefits.

“That’s money they spent on water heaters and new insulation,” Jeffrey said, adding that it was Congress that decided that the rehabilitation, restoration, elevation grants and mitigation and SBA loans were duplicates.

The New Jersey organization’s draft, which calls the claims “recovery,” said claims for reimbursement are in the thousands of dollars. The group is working to make them completely forgiven for the approximately 500 families still facing the threat.

“It was money I needed to rebuild,” writes Jody Stewart, a member of the New Jersey Organizing Project who was subject to the clawback.

Jeffrey said the anniversary is also a reminder of lessons yet to be learned.

New residents and summer visitors complain about the beach, saying it’s too small since the US Army Corps of Engineering Dune Project in 2017 created significant dunes and lengthened the beach run to the beach. to them. At high tide, space is limited.

“People don’t understand that without these dunes, the ocean would rush down 6th Street again,” Jeffrey said.

Get more local news straight to your inbox. Sign up for free newsletters and patch alerts.