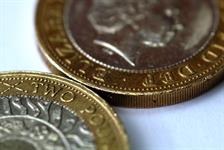 The government has recommended a 4.5% pay rise for salaried GPs in line with recommendations from the Doctors and Dentists Review Body (DDRB), which offers independent pay advice. The increase in the number of doctors comes with an overall increase of 4.75% for NHS staff, which NHS leaders say could force cuts in areas such as primary care funding.

The increase falls well below the current level of inflation and has been described as an ‘insult’ by the BMA – which also warned that because the government has failed to provide additional funding to cover the cost of the raise, the practices granting the raise to their staff will be largely disbursed.

The BMA said the award was a ‘kick in the teeth’ for GP partners and salaried GPs – and warned the government’s approach would hasten the decline of the GP workforce.

The government’s failure to offer additional funding to cover the cost of the increase came despite a strongly worded warning from the DDRB about the potential impact on general practice of forcing the profession to operate within set financial packages. at very different times.

Annual increases in GP practice funding are set under a five-year deal which started in 2019 – and the government has said multi-year deals like this should not be reviewed.

However, the DDRB warned in its report to UK governments: “We urge governments to consider the unique economic and workforce context, the need to protect the relative pay position of staff in the multi-year contracts and the recruitment, retention and motivation issues described above, and work with unions to take steps to address these issues.

“We would also like to highlight the harm that can be done to recruitment, retention and motivation by inaction. Given the exceptional and unusual nature of the current year, we do not believe that the action of the governments would set the kind of precedent that the DHSC told us about. In fact, failure to act would set a different precedent, namely that labor groups affected by multi-year agreements should not expect to that there is an appropriate response to exceptional changes in the economic and wider context, should they occur during the period in which a multi-year one-year tender is active.’

BMA England GP committee chairman Dr Farah Jameel said: ‘Today’s announcement is a kick in the teeth for GP partners and salaried GPs in England, who have spent the two years to go above and beyond to protect and care for their communities.

“For the GP partners, locked into a five-year wage deal that was struck before the pandemic, and now with skyrocketing inflation, to offer nothing besides acknowledging their intense efforts and service transformation during COVID -19, nor to pay their staff the recommended raise, or deal with the increased costs of running practices, is a complete insult.

“GPs and their teams have been at the forefront of the fight against COVID-19 and in May alone delivered around 28.3 million patient appointments. Therefore, failing to recognize these efforts with a fair and substantial pay rise shows how little ministers think about GPs.

GPonline reported earlier this month that the BMA had called for an increase of more than £10,000 in pay scales for salaried GPs. Dr Jameel added: “As made clear in the evidence from the BMA to the DDRB, the current pay scales for salaried GPs have ceased to meaningfully reflect reality. In the face of soaring inflation, the decision to give them only a 4.5% raise this year – another pay cut in real terms – the gap between what salaried GPs should be paid and what they are paid will widen even more.

“The truth is that GP shortages are compromising patient safety, and today’s announcement of another real pay cut for our members is likely to speed up, not slow down, the number of GPs leaving the profession when we need them most.

“With a global shortage of doctors, the NHS faces an uphill battle to retain the GPs it has when there are better paying jobs overseas. It is time for ministers to wake up to this reality and act to prevent the crisis they claim does not exist from getting worse.

“It does not reflect the reality of salaried GP compensation, which may, in turn, suppress compensation for this group of physicians and mislead employers about the market rate for casual physicians.” This is all the more important as there is a significant gender pay gap in the paid GP workforce, with female paid GPs making up the majority – over 70% in England.

Health and Social Care Secretary Steve Barclay said: ‘We have asked the independent pay review bodies for their recommendations and I am happy to accept them in full.

“We want a fair deal for the staff. Very high inflation-driven settlements would have a worse impact on long-term wages than proportionate and balanced increases currently do, and wage review bodies are welcome to agree with this approach.