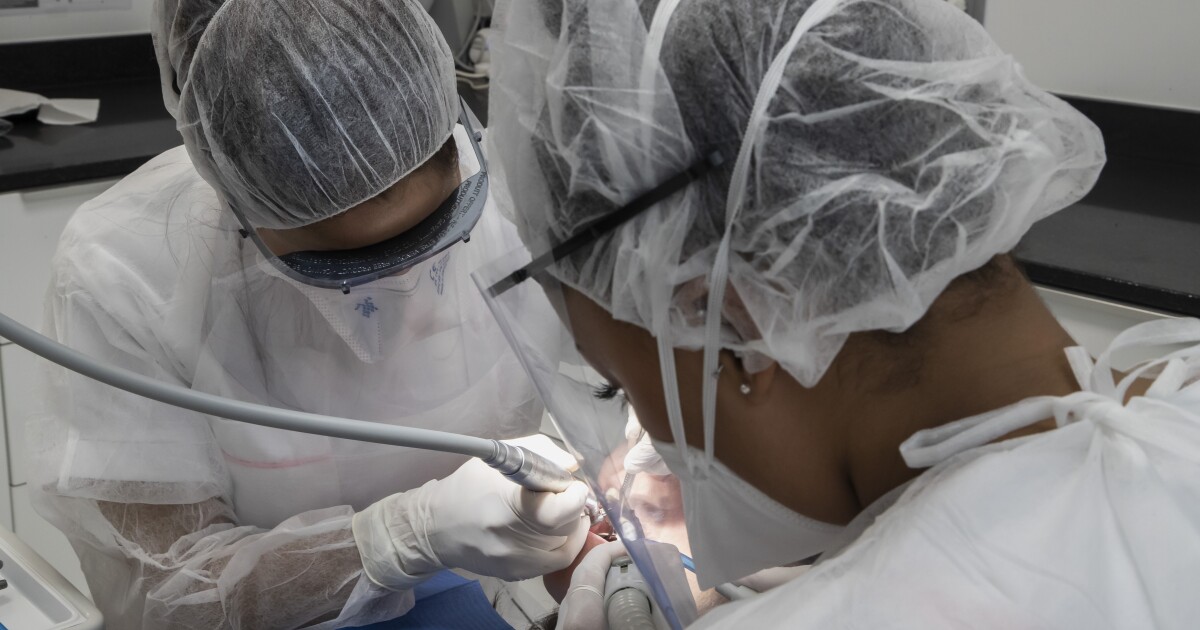 Lying between their teeth: Dentists jailed for useless and horrible work on patients

A father and son, two millionaire French dentists were sentenced to five and eight years, respectively, for drilling thousands of useless root canals in the teeth of hundreds of patients to enrich themselves.

The court handed down the sentence on Thursday against Lionel Guedj, 41, and his father, Carnot Guedj, 70, who worked with his son on a part-time basis.

The young Guedj drilled 3,900 root canals in the perfectly healthy teeth of 327 patients from 2006 to 2012 to raise more Social Security money to pay for the surgery, according to the Guardian. The two also adopted an “industrial” model of dentistry in order to make as much money as possible, working on a large number of patients in as short a time as possible, making Lionel Guedj the highest paid dental surgeon in France. by 2010.

The trial, which ended in April, only heard testimony from a few of the hundreds of low-income residents of the city of Marseille, many of whom suffered permanent damage as a result of the proceedings.

The woman went to the dentist for a minor tooth enamel problem, only to have 24 of her perfectly healthy teeth pulled out.

Lionel Guedj has placed 28 times more bridges than the average dentist, according to the French national health service, according to AFP.

Surgeries that normally take 45 minutes would be completed in 10 minutes without proper safety procedures. Serious infections would result, in which case they would assign patients a large amount of antibiotics, earning even more money. Lionel Guedj made nearly $3 million in fees in 2010.

Testimonials from former patients tie into a common theme; The Guedj’s proceedings have left them with ongoing pain and insecurities, with many afraid to go out in public or even open their mouths. A woman quit her job at a bakery after a constant foul smell started emanating from her mouth due to the constant infections. Another man said that Lionel Guedj had filed his teeth so much that they looked like those of a mouse.

CLICK HERE TO LEARN MORE ABOUT THE WASHINGTON EXAMINER

The couple were booed by crowds who gathered at the courthouse upon entering, according to AFP. Those boos turned into cheers when the pair were sentenced to a combined 13 years in prison. The sentence will begin immediately whether or not they plan to appeal.