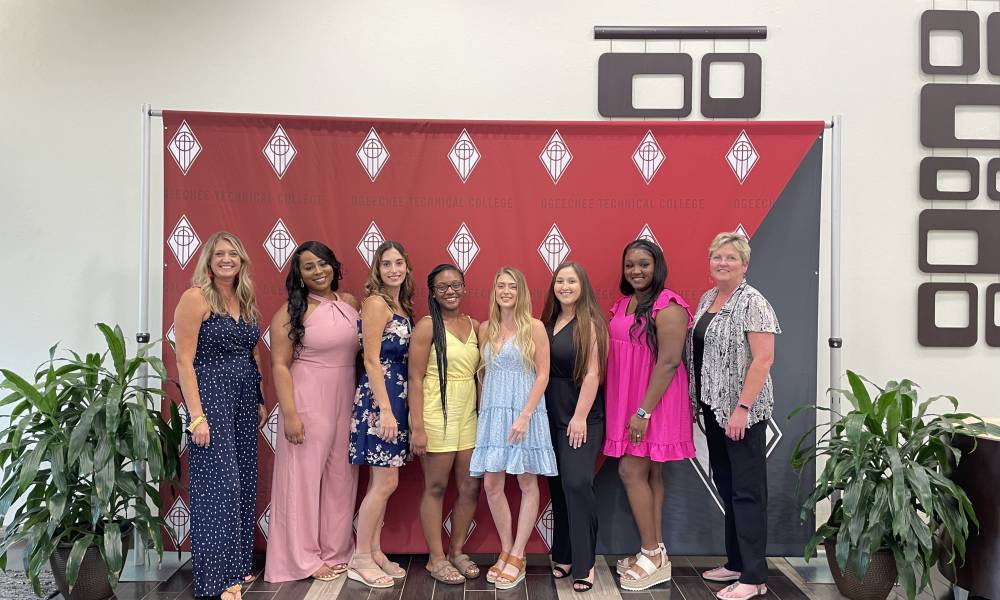 Six students from the Ogeechee Technical College’s dental assisting program received their pins at an annual pinning ceremony held at 6:00 p.m. in the Joseph E. Kennedy Auditorium on July 22.

Yvonne Jenkins, Director of OTC’s Dental Assisting Program, welcomed the crowd of friends and family and explained how hard the students worked to graduate.

“This group started right in the middle of the pandemic, but we’re getting six fantastic students this year. People have no idea how much is going into their education to make them the wonderful health care providers that they are going to be, ”Jenkins said. “They have to learn dental anatomy, human anatomy, procedures, instruments, nutrition, preventive dentistry and infection control, among others. They worked very, very hard to get there.

The six students who received their pins were: Mary Bazzle, Zykerriah Davis, Chiquita Johnson, Jaime Lindall-Taros, Shania Mikell and Brittany Phillips. Jaime Lindall-Taros addressed the crowd after receiving her pin and recalled how much she had grown since the start of the show.

“I remember my first day at the clinic and how nervous I was being in an office, now it’s almost second nature when I’m there. I would also like to thank our teachers Ms. Jenkins and Ms. Kent for making sure their students perform at their best in the classroom. I don’t think I’ve ever had teachers who care about them [students’] performance in class as much as them.

Although the six graduates marched at the OTC launch ceremony in May, the pinning ceremony officially commemorates the program’s completion.

To learn more about the dental assisting program at Ogeechee Tech, visit http://www.ogeecheetech.edu/DENA.

The 7 best manual toothbrushes, according to dentists

3D printing in the healthcare sector: how it meets critical needs