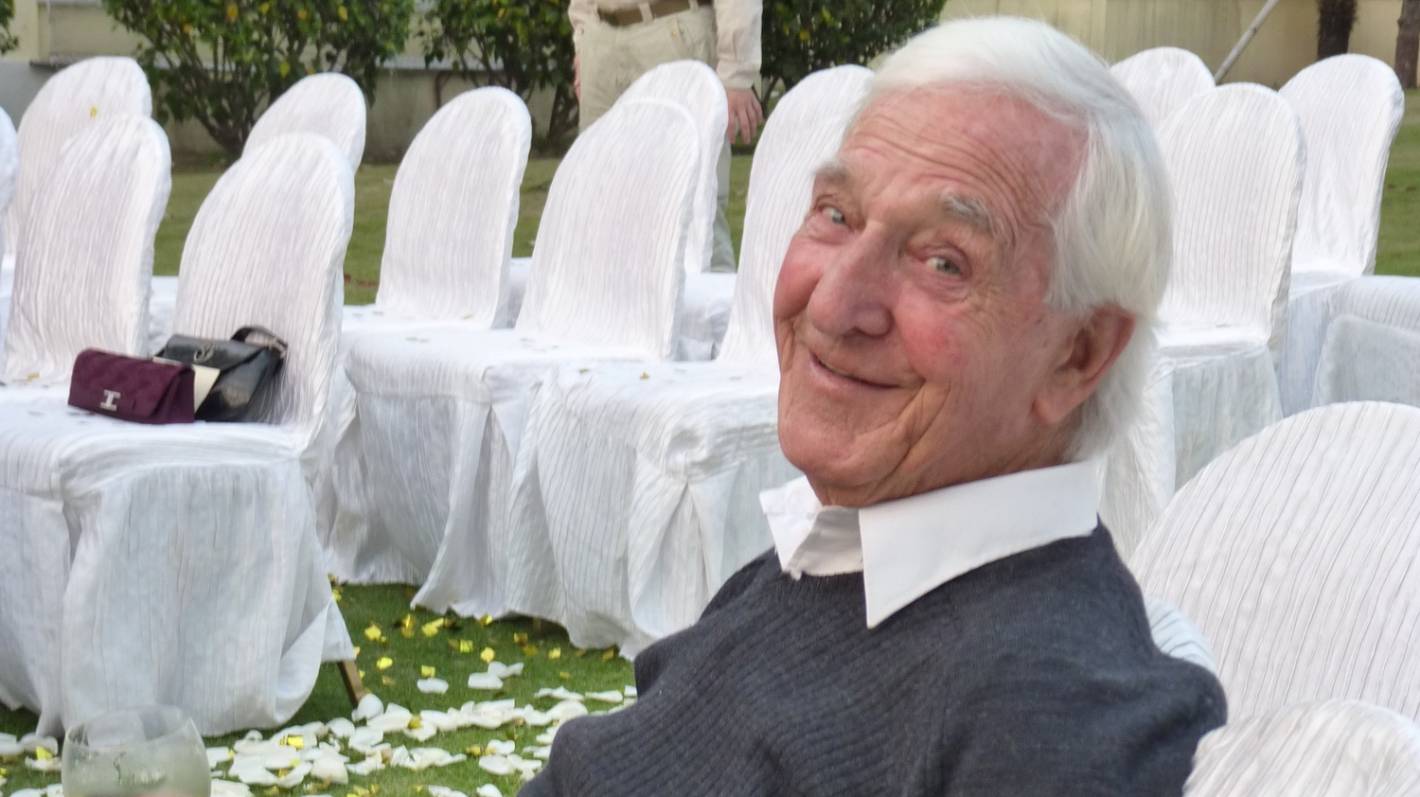 Professor, father, kaumātua who was ordained a priest at 69

Colin Durning’s influence has gone far beyond the shores of New Zealand as a husband, father, dentist, teacher, priest, kaumātua and friend to many.

The eldest of six children, he was born in Timaru on 18 January 1927 to Winifred (née Geaney) and William Durning, members of a proud and strongly Catholic family who emigrated to Timaru from Scotland in 1923.

He attended St Patrick’s High School, Timaru and then Canterbury University College before beginning his dental training at Otago University Dental School. He graduated with honors in prosthetic dentistry in 1949 before obtaining his master’s degree in the same specialty in 1950.

His great academic success continued when he won a Fulbright scholarship in 1951 and accepted a Zoller fellowship to do his doctorate in anatomy and physiology at the University of Chicago.

He married Eve Black before moving to the United States in early 1952. He completed his doctorate in 1958 and for a time taught prosthetic and general dentistry at Billings Hospital and the University of Chicago.

Colin, Eve – and by then five children – returned to Dunedin, where he taught basic dental science at the University of Otago Dental School.

In 1960, now a father of six, he took a position in the anatomy department of the University of Puerto Rico Medical School, teaching neuroanatomy, histology, and anatomy.

While living in the West Indies, Eve and Colin’s seventh child was born. The family then moved to Detroit, Michigan, where he served as an associate professor and director of research at the University of Detroit School of Dentistry.

After being invited by the University of Otago to apply for the vacant professorship in prosthetic dentistry, the family returned to New Zealand in February 1964. He was chairman of the department of prosthetic dentistry for six years. The family adopted their eighth child during this time, and years later he became a father figure to two more children.

Among their many interests, the couple was very involved with the Globe Theater in Dunedin. Eve was an amateur actress there and occasionally Colin also did theatre. Mainly through this association, they became friends with many artists and writers – among them Ralph Hotere, James K. Baxter, Hone Tuwhare, Marilyn Webb, Janet Frame, Peter Olds and Marti Friedlander.

To the surprise of many but no surprise to some, he quit his job at dental school in 1970 when he decided he needed a change of direction. In an interview with The Critic, the University of Otago’s student magazine, he was quoted as saying he’s not one to be very concerned about status, high pay and things of that nature. .

In 1971 the family moved to Invercargill, where Durning worked as assistant director of the Marysville Rehabilitation Center, which offered young offenders the opportunity to reintegrate into society.

In January 1972 the family moved back to Port Chalmers, where he worked as a chemist at the Sawyers Bay Glendermid tannery. Still an academic, he wrote an article on the effects of tannery effluent on the environment. As one of his many close friends said, “Colin never planned his career, but rather let life take over.”

He was a close friend and confidant of James K. Baxter, who dedicated his “Jerusalem Sonnets” to him. Baxter’s work and friendship greatly influenced Durning and in May 1973, after Baxter’s death, he lived for a time in Jerusalem on the Whanganui River.

Later the same year, Durning returned to dentistry as Senior Dental Surgeon for the Wellington Hospital Board before being appointed Chief Dental Officer at Porirua Psychiatric Hospital, where he worked for 14 years.

In this sometimes difficult environment, the dental service became a kind of refuge for many hospitalized patients who sought respite from their daily life in the services. The department also provided dental care to women at nearby Arohata Prison – dental care considered a “privilege” due to the department’s gentle, welcoming, and non-judgmental culture.

As an associate and friend put it: “As a dentist, he took care of their teeth; as a person, he gave many back their mana.

Another close colleague remembers him as always accessible. ”Besides his clinical expertise, I remember him as extraordinarily patient, non-judgmental and humble. He could relate to anyone, but I always thought he had great empathy with people who faced challenges that made their lives difficult.

While working at Porirua Hospital, the Medical Superintendent suggested Durning set up a committee to document the prevalence and severity of the neurological disorder, tardive dyskinesia, at the hospital. This is a fairly common debilitating side effect of long-term antipsychotic medications. He published his findings in an informative booklet and CD which were widely distributed to general practitioners at the time.

He had a great love for the Maoris and the Māoritanga. Typical of his thirst for knowledge, he was fluent in te reo and was highly respected as a marae speaker. He obtained a postgraduate degree in Maori studies from the University of Otago in 1992.

When his wife Eve died in 1995, he was appointed katekita​ (catechist) by Bishop Max Mariu​. Some time later he was approached by the Maori parish community, who told him they needed a priest and were thinking of him.

In 1996, just before his 70th birthday, Durning was ordained a Catholic priest by Cardinal Tom Williams, primarily serving Te Ngākau Tapu, a non-geographic parish for Māori but open to all, as founding parish priest.

Six years later, aged 76, he “retired” to Port Chalmers. But with his heart and soul firmly attached to Te Ngākau Tapu, he returned to Porirua. After a fall in the late 80s while working in his garden, he physically slowed down. Although less involved in the daily running of Te Ngākau Tapu, he remained an integral part of the parish as a kaumātua.

In the early 1990s he became physically very frail after a car accident and spent some time in care facilities in and around Porirua and later in Christchurch. Although he was eternally grateful to those who cared for him and to frequent, and sometimes daily, visits from family and friends, it was not where he aspired to be.

In January 2022 he returned to Port Chalmers to live with his daughter Pauline and her partner for the last five weeks of his life. He was now where he most wanted to be as the end of his life approached – with his family. His final days were happy and content, and on February 14 he passed away peacefully with his family by his side.

The last words are those of Colin, addressed to a colleague: “We have this choice…in our lives, we can put our skills and the tools of our trade in front of us on a platter – which separates us from people. Or, we can put them behind our backs and bring them out when they are needed, so that we come face to face with another human being.

Credit scores and the biases behind them

Pamplin Media Group – Survey: 93% of Pets Are “Family” of Oregonians