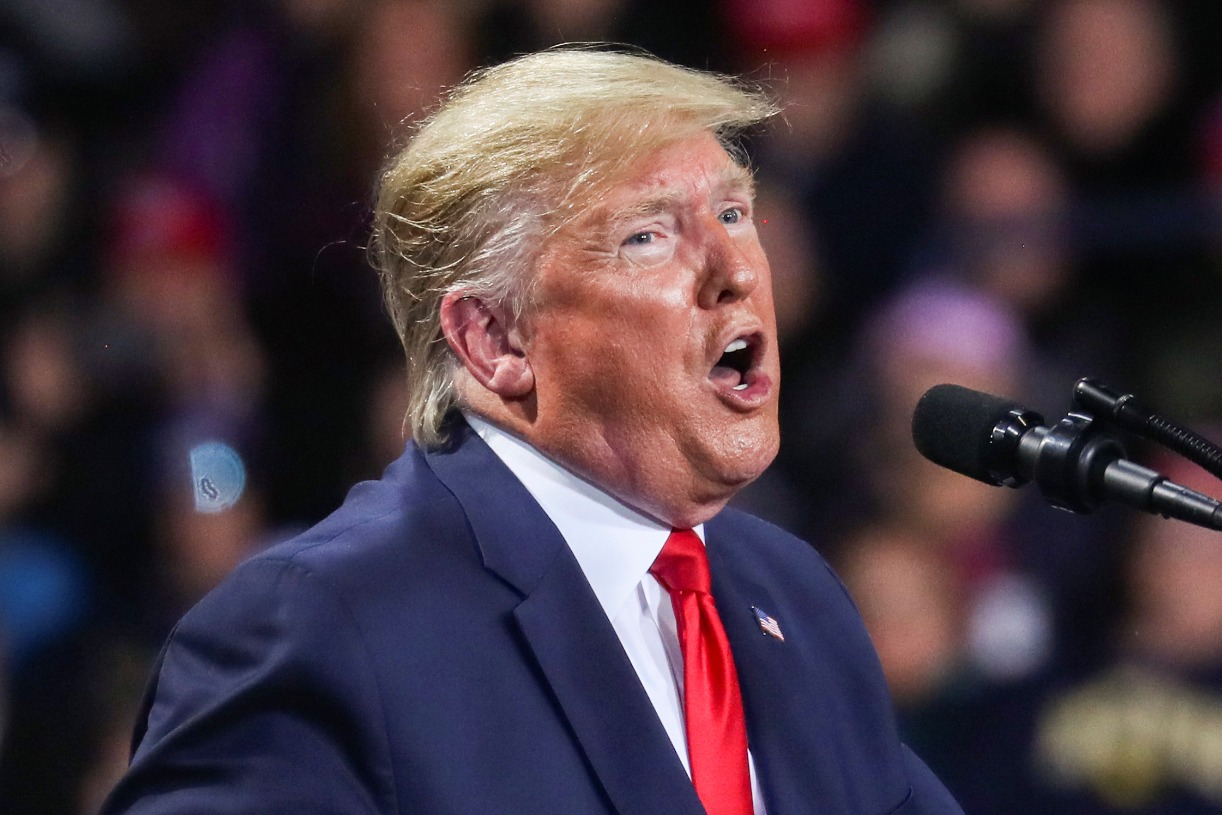 Trump is right: the Deep State must be reformed

It is hard to imagine how good democracy is maintaining the status quo of an entrenched and irresponsible bureaucracy that could systematically avoid and obstruct the goals of a democratically elected government.

But Democratic Party politicians, who have recently proclaimed themselves advocates of small-d democracy and who they say are under attack by “MAGA Republicans,” are also pushing to further protect the permanent bureaucracy from being fired.

Months before leaving office, President Donald Trump signed what was a very balanced executive order to establish a new Schedule F job category, reclassifying career public service employees with influence on the politics as political employees who can be terminated for cause.

In theory, this change should have bipartisan appeal. But in our current world, anything attached to Trump elicits a hysterical reaction from every side. President Joe Biden rescinded the order shortly after taking office.

Before the FBI raid on Mar-a-Lago was all the rage, a story from Axios in late July sparked buzz about Trump’s plan to impose the Schedule F executive order if he’s president again. in 2025. Perhaps unsurprisingly, other potential Republican candidates have vowed to implement the same policy as well if elected.

It’s not impossible to fire a bureaucrat with civil service protections, but it’s extremely difficult.

Above all, like so many things that create wails, moans, gnashings of teeth and crocodile tears in tribalized Washington, it wouldn’t make much structural difference.

Another Schedule F order would apply to up to 50,000 federal employees. That may seem like a lot. But there are 2.2 million employees in the federal bureaucracy. There are only about 4,000 political appointees in government.

That doesn’t mean we want to make the federal workforce more politicized. That is to say that it is already politicized.

Moreover, a change affecting about 2% of career employees would not take the nation back to the days of the patronage system where the new president and his cabinet hired all of the federal bureaucrats in the executive branch. This often led to an inept, friendly workforce, and little consistency or experience.

The intention of the Pendleton Act of 1883 and the civil service reformers was never to create a de facto fourth branch of government.

Nonetheless, Rep. Gerald Connolly (D-VA), whose affluent Northern Virginia district is made up largely of federal employees, sponsored the misnamed Preventing a Patronage System Act, to prevent protected federal jobs from be reclassified without the consent of Congress. Sen. Tim Kaine (D-VA) and six other Democrats sponsored a similar bill in the Senate.

Spokesman for the Beltway establishment, the Washington Post drafting committee, engaged in a good hand twist, proclaiming another Schedule F executive order “would give the president sweeping powers to reshape the federal government at will — and could politicize positions long treated as nonpartisan and grounded in Deserves that”.

But the problem is that too many supporters have held positions that enjoy nonpartisan protections. Political appointees frequently bury themselves in career public service jobs. While most people who work for the worst federal agencies, such as the IRS and EPA, are good people, many think they know better than elected leaders and, by extension, the people.

“If potential employees feel like they could be terminated with little cause or recourse, fewer qualified people will seek out those positions,” the CEO said. Job continuation of the editorial. “It would only hurt the wide range of government services that Americans rely on.”

It assumes that the best and the brightest go to work for the federal government.

Some House Republicans have sponsored opposing legislation to make all federal employees at will. This may not be the answer but it at least shows an awareness of the problem. If Congress acts, it would be better to do so in a way that brings about civil service reform for our time. An executive order would only be a temporary remedy with limited scope that could be reversed by another president.

“As a result, many major regulations, such as the Department of Education’s Title IX due process protections, had to be drafted primarily by political appointees,” Sherk explained. “Career lawyers at the Environmental Protection Agency, for example, did not inform political appointees of major lawsuits. Political appointees had to read public documents to find out what cases the agency was litigating and what arguments were being made in those cases.

In another example, he added that “career staff in the Justice Department’s Civil Rights Division often did not work on cases they objected to for ideological reasons. They have refused to enforce protections that say nurses cannot be forced to assist with abortions. And they refused to sue Yale for racial discrimination against Asian American applicants.

It would be a mistake if Republican-minded bureaucrats tried to undermine Biden’s agenda. Although this rarely happens because the federal workforce is almost overwhelmingly Democrat. One would probably have to go back to President John F. Kennedy’s clashes with the Central Intelligence Agency to find occasions when the bureaucracy really tried to undermine a Democrat in the White House.

At the same time, it is Kennedy who is largely responsible for the current mess. In 1962, he signed an executive order providing for an appeals process before dismissals. The Pendleton Act of 1883 which reformed the civil service ended patronage but still kept civil service bureaucrats as employees at will.

As historian Larry Schwiekart, author of Dragonslayers: Six Presidents and Their War with the Swamp noted, the loot system – or patronage – was once the swamp of Washington. Now the swamp is largely bureaucracy undermining democracy.

“The swamp wins don’t really last long,” Schweikart said. “Like I said, it keeps changing and evolving into different beasts that need to be slaughtered at different times.”

The bureaucratic swamp will not go quietly, but civil service reform is long overdue.

Fred Lucas is chief correspondent and head of the investigative reporting project for The Daily Signal.

Council to determine fate of cannabis smokers in public