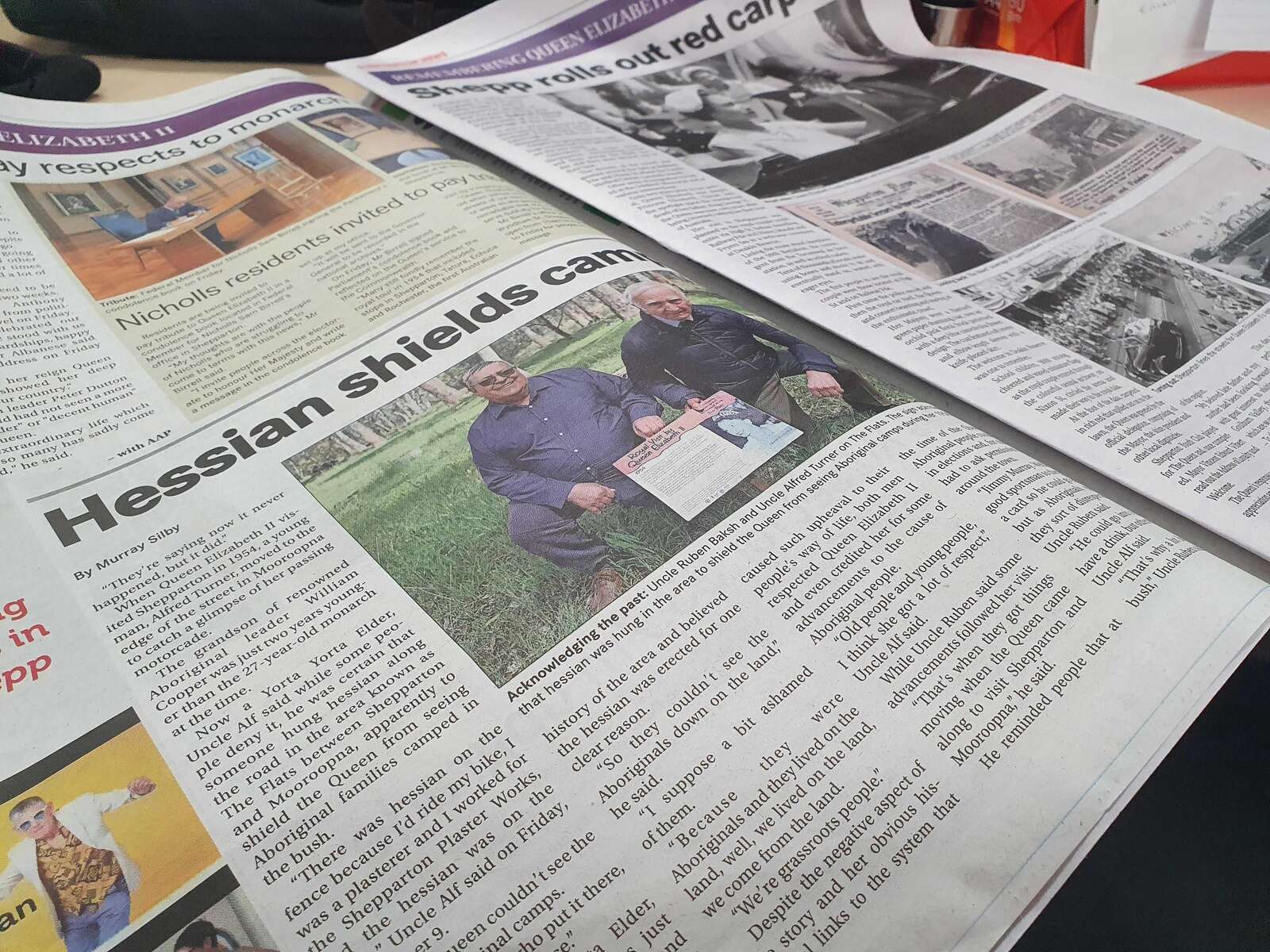 We can walk and chew gum mourning the queen

It’s a bit much, really.

I don’t want to harm the reign of Queen Elizabeth II.

She did about as well as you could do in a job involving an agonizing amount of small talk and appearing painfully neutral on every possible issue.

Three or four days of mourning began on Friday when Australia woke up to the news of his death.

I would have thought we had our grief, and now we can go on and have adult discussions about the situation.

National media coverage is a little too much, always at the top of every newsletter, and social media is pretty much the same. It’s all shiny about the queen and her empire’s legacy, which is also a bit too much.

We made an effort in our coverage to point out that all was not perfect when the Queen visited Shepparton, with The Flats’ shameful coverage with hessian forming part of our coverage.

She didn’t do it herself, no, but it’s part of her heritage – and if you want to wield the power and authority of the monarchy, I don’t think you can wash your hands of what is done on your behalf.

Seeing people arrested for heckling the Royal Family on the streets of the UK seems like a bit too much.

Many who speak out against ‘cancellation culture’ are leading the charge in attacking those, especially First Nations Australians, who refer to questionable things done by the Crown as tarnishing its heritage.

Any suggestion to discuss the republic meets with the same reaction.

We are adults. We can walk and chew gum – and if we don’t have this conversation now, when will we?

A bank holiday mourning the Queen’s death also seems a bit too much, considering the cost.

I love public holidays – not that I forget them in this work, mind you – and I think we should have more of them as a general rule, but a sudden one, imposed on the nation because parliaments have 15 days off and Victorian MPs must take their oaths again, seems silly.

Medical appointments, booked months in advance, now have to be rescheduled months later, further burdening a system that could not cope before the pandemic began.

Small businesses, which have not had two good years either, must either impose penalties or close.

Essential services such as food banks are closing across the UK, and here we will see a number of services close, while some staff who desperately need a shift each week to make ends meet will now have a day off that they may not have budgeted for.

All this for someone who died two weeks ago?

Adopt your smile Orthodontics can help you straighten your teeth once and for all — Hometown Station | KHTS FM 98.1 & AM 1220 — Santa Clarita Radio

Council to determine fate of cannabis smokers in public